Until now, I was embarrassed whenever someone gave me flowers because all I had was a silly basic vase that some flowers had come in from the store. So, when handed beautiful flowers, I would awkwardly fish under the kitchen sink for my incredibly insulting, short, plain white vase, and hack some serious inches off the stems so they’d fit, all while withering in shame as the gifter looked on in horror.

After the flowers died, I would put my utility vase back under the sink and make a mental note to grow up already. I would always forget to buy one though, and instant self-anger would start to rise as I received the next bouquet and have to trudge back to the sink for my stupid vase.

I’ve been seeing these Anthropologie copycat vases everywhere on Pinterest but was terrified of metal leaf. I mean, I’m like a cat tangled in a ball of yarn as soon as the aluminum foil box is open, and you want me to navigate rather expensive, extremely fine foil sheets that can disintegrate by simply breathing on them? Riiiiiiight. But curiosity got the best of me.

I bought the kit with all the adhesives, foils and sealers so my first experience was authentic and picked up a couple of cheap Ikea jars. My thinking was, if this process proves too delicate for my skill set, I won’t be out a ton of money. But I have to say, they turned out better than I thought! What do you think?

I wanted a more earthy look so I took some painters tape and roughly tore it down the centre lengthwise. I placed the tape around the circumference of the jar where I wanted the gold to stop and just applied the adhesive all over the bottom of the jar and up over my tape. I very carefully placed the foil on the glass, allowing it to touch as little as possibly so I could control the smoothing with an old make-up blender brush. Then I removed the tape, smoothed the edge and sealed!

These may not be my final vases but at least I don’t have to hide them under the sink between uses. And now that I know what to do, suddenly everything looks metal-foilable. I’d like to try something in the copper foil and have my eye on some 2017 Ikea vases coming out in September! We’ll see what happens! 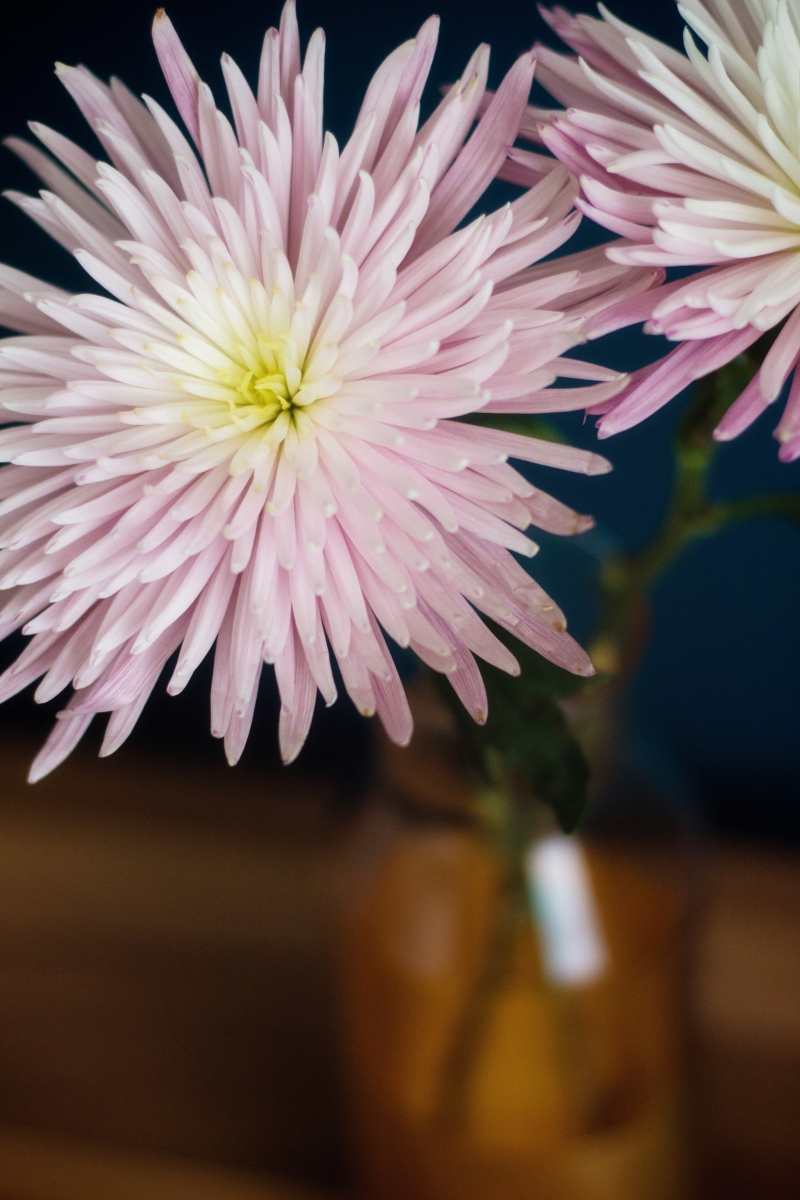